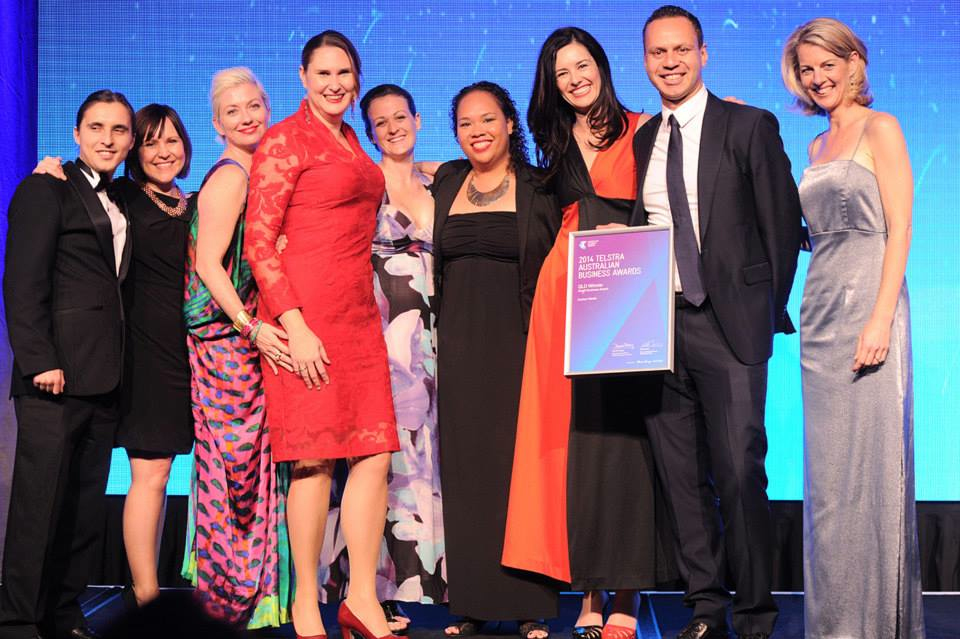 Congratulations to a long-time SEQICC member, and former Board Member, Wayne Denning from Carbon Media, on their recent Queensland Telstra Business Award.

Carbon Media has won the 2014 Queensland Telstra Business Award in the Small Business Category off the back of a highly successful 12 months including being the first production company to produce Australian Indigenous content for Sesame Street.

2013 was a significant year of growth for Carbon Media, in which we made television history with 5 Kangaroos starring Jessica Mauboy. Produced for Sesame Street’s iconic Letters and Numbers segment – the mixed media film was a first in the show’s 44 tenure.

Successful delivery led to an additional 3 films being produced for Sesame Street for their next season, T is for Turtle, Shipwreck Discovery and Juggling 3.

Wayne Denning, Founder and Executive Producer at Carbon Media, is thrilled to be a recipient of the Queensland Telstra Business Award in this Category.

“The past 12 months has seen Carbon take quantum leaps. It’s a culmination of many years of hard work and commitment from an extraordinary creative team and now we’re taking it to a new level,” Wayne said. “Being a recipient of an award of this calibre not only validates our business model but also adds credibility. It confirms Carbon is on the right trajectory and gives us confidence and excitement for the future.”

In addition to Sesame Street, Carbon also produced hit children’s TV show, Handball Heroes which aired on ABC3 in August to December 2013 and was one of four recipients to receive Screen Australia Enterprising funding helping us to further our development and production slate.

“This recognition will help us build on our existing profile with corporate clients and network partnerships here in Australia and overseas perpetuating growth,” Wayne said. “It says we’re staying true to our core values, continuing to deliver innovative creative work while affecting social change. We couldn’t be more proud.”

Indigenous Accountants Australia have been active recently in securing five scholarship places with CPA Australia. Five Indigenous people are invited to apply. Being a member of CPA Australia  is a great opportunity to become a certified practising accountant. The scholarship will assist recipients to meet all the educational requirements needed to attain CPA status, including payment of professional level segment fees and the first year’s membership fees as an Associate (ASA).

All applicants are directed to apply having read and completed the information on the scholarship page and the ATSI scholarship application form. Applications should provide certified true copies of their supporting documentation, and be emailed to scholarships@cpaaustralia.com.au.